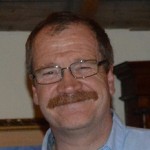 Ranald Lindsay is the founding partner of Lindsay Solicitors. He set the practice up in 1994. Ranald was educated at the University of Glasgow where he obtained his Law degree in 1983 and Diploma in Professional Legal Practice in 1984. Ranald Lindsay was one of the first Solicitor-Advocates in Scotland and was the first ever solicitor advocate to qualify in both criminal and civil law. This means he is qualified to represent clients as an advocate in both the higher criminal and civil courts. Ranald has practiced both civil and criminal law for over thirty years.
Tanya Steel LL.B (Hons)(Glas) DipPLP NP 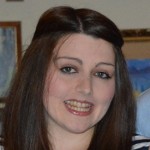 Tanya Steel started her career as a Trainee Solicitor with Lindsay solicitors. Tanya was educated at the University of Glasgow where she obtained her Law degree with Honours and Diploma in Professional Legal Practice. Tanya also attended the University of Maastricht in the Netherlands as part of the Erasmus program. After successfully completing her traineeship with the firm, Tanya joined the firm on a permanent basis in July 2014 as an Assistant Solicitor, was promoted to Associate on 31st July 2015 and then assumed as a partner in the firm on 1st January 2018. Tanya practices in both criminal and civil law.
Marcie Lindsay DipHE (Dund) BSc (West Sco) 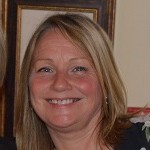 Marcie is the firm’s Jack of All Trades. She is the Finance Manager, where she keeps everything on an even keel and is your first point of contact of you have any queries regarding your bill! Marcie is also the Personnel Manager.
Valerie Davidson 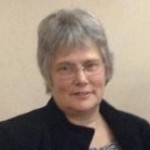 Val joined the firm in 2003 and is an integral part of our team. Val’s excellent skills and invaluable experience led to her promotion as our Litigation Support Manger. She is a qualified paralegal in civil law and has an encyclopaedic knowledge of cases currently and previously handled by the firm.
Linzi Davidson BA (West Sco)

Linzi joined the firm in 2015 after graduating in Events Management from the University of West of Scotland. She started working with us as a clerk in Litigation Support, but is now studying towards qualification as a solicitor herself, and works as a paralegal supporting our solicitors with background work and preparation of clients’ cases.
Ann Campbell MA (Hons)(Aberd) MA (Card) 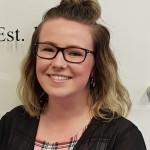 Ann joined the firm in 2017 after studying History, Language and Linguistics at the University of Aberdeen, graduating with an MA (Honours) in 2014. She then went on to study Forensic Linguistics at Cardiff University, earning her postgraduate MA in 2017. She’s enjoying learning new skills and experience at Lindsay Solicitors and says she feels privileged to be part of the team. No doubt we’ll be able to put her specialist linguistics skills to good use!
Ross Lindsay 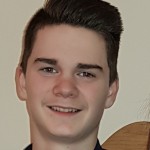 Ross is a full-time student studying History at University of Central Lancashire. He works with us to gain work experience and for a little bit of income which he says is for “books and things”. We think he’s forgotten that we were all young once and that a lot of us have been students ourselves…
George Noakes M.Res, Bsc (Hons)(Dund) 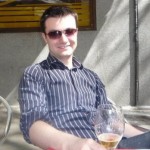 If anyone wonders who is responsible for the artwork in our office, it’s George, whom we regard as our “artist in residence”. By day, George is a senior officer in the NHS working in public health and planning. His passion, however is painting and he has exhibited across Scotland and sold his artworks internationally. Self-taught, many of his works are landscapes in the Highlands and Tayside, inspired when he studied and worked in Dundee. Since settling in Dumfries in 2015, he has been finishing off paintings he had planned before moving, but he regularly travels all over Dumfries and Galloway and, knowing him, he already has a list of subjects in mind which will keep him busy at the canvas for some time to come. We’d recommend having a look at his website at http://www.georgenoakes.co.uk.
Murphy and Duke 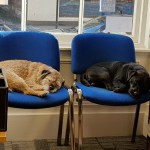 We couldn’t leave out Murphy and Duke, who are probably two of the most spoilt dogs in Dumfries, given the way the staff here look after them. Murphy is a Border Terrier and Duke is a Patterdale Terrier. They don’t involve themselves in client’s cases terribly much, but if you think that giving them a wee fuss might relieve a bit of stress, feel free to speak to them.